Psilocybe cubensis is a strain of fungus containing the hallucinogenic compound psilocybin, which is typically found in the psychedelic mushrooms commonly called “magic mushrooms,” or “shrooms.” It belongs to a class of substances called psychedelics for their effects on the mind and perception.

In the 1960s, researchers began investigating the effects of fruiting bodies and hypothesized they could be a viable psychotherapy aid. The U.S. federal government criminalized psilocybin in the 1970s, making it a Schedule I controlled substance.

This ended all academic research into the fungus's potential medical application. While the recreational use of psilocybe cubensis mushrooms continued despite its illegality, the emerging field of neuroscience led to renewed interest in the 2000s.

Attitudes toward and legislation of psychedelics are changing as avenues for research emerge and scientists improve their understanding of hallucinogens. Read on to learn more about these mushrooms, how they affect the body, and their potential role in healthcare. 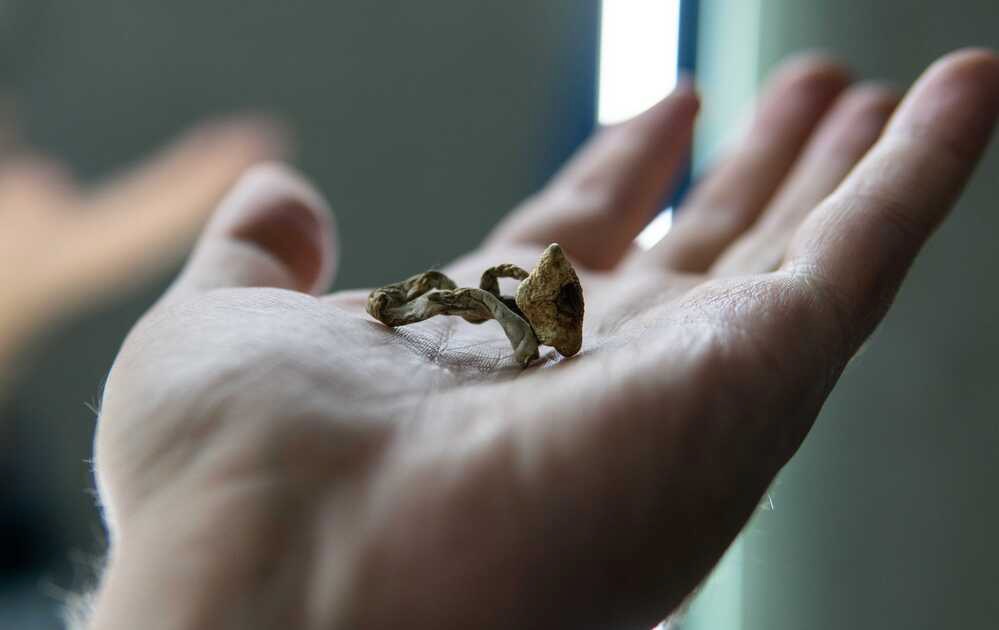 
Psilocybin is the hallucinogenic compound in psilocybe cubensis. It is naturally occurring and found in both fresh and dried mushrooms. Scientists can extract psilocybin and derive it as a concentrate for medical purposes. It can also be created synthetically.

Once ingested, psilocybin is converted into psilocin in the intestines during digestion. It then moves into the bloodstream, reaching the brain. The compound enters the brain through the same receptors as serotonin, the "feel good" neurotransmitter. Psilocybin has a similar molecular structure to lysergic acid diethylamide (LSD) and effects comparable to n-dimethyltryptamine (DMT) and strong strains of cannabis.

What is Psilocybe Cubensis?


Psilocybe cubensis is a fungus that grows in pan-tropical climates. It's a mushroom with a long slender stem and a tall narrow cap with darker gills underneath. They are one of the 15 mushroom species that contain psilocybin.

Western scholars first identified and documented the species in Cuba in 1906. The name Psilocybe is derived from ancient Greek, meaning “bare head.” Cubenisis means “from Cuba.”

Indigenous populations such as those in Mexico have engaged in mushroom use for religious purposes for centuries. Its psychoactive properties were first noted by academia in the late 1940s. Research into psychedelics and psychedelic experiences began in the 1950s but ceased in the early 1970s as cultural norms shifted and psychedelics were linked to counterculture and deemed an illicit narcotic.

P. cubensis is the most widespread psilocybin-containing mushroom because it’s easy to cultivate and it has a broad geographic footprint.

Where is Psilocybe Cubensis Found?


Psilocybe cubensis can be found worldwide. They grow throughout South America, Central America, and the Gulf Region of the United States. The mushrooms are also found in the Caribbean, Southeast Asia, Australia, and New Zealand. The Liberty Cap is the most commonplace type of psilocybe cubensis mushroom.

In nature, they prefer tropical and subtropical conditions like many other fungi. They commonly sprout along pastures with cattle and other livestock because the dung creates excellent growing conditions.

The mushrooms are easy to cultivate indoors, anywhere in the world. Growers typically create a contained environment where they control light, temperature, and oxygenation.

Psilocybe cubensis generally require an organic substrate in which to germinate and moist conditions. Researchers find that mushrooms grown in darkness contain higher psilocybin levels once they mature.


The primary effects of psilocybe cubensis are psychedelic due to the psilocybin. The length, nature, and intensity of the individual’s experience depend on their unique brain chemistry, psychological state, and the dose of psilocybin ingested. In most cases, the mushrooms cause euphoric feelings and sensory distortion that often leads to hallucinations.

The effects usually set in within 30 minutes of ingestion and can last for four to six hours. Individuals do not necessarily hallucinate but almost always experience a distorted sense of reality.

They often feel vivid emotions and undergo visual and auditory sensations. Many individuals report experiencing a separation between their bodies and mind. In clinical settings, doctors or therapists administer small doses and then guide the patient through an experience to instill calm and openness.

Physical effects usually include pupil dilation, flushing, and sweating. Some individuals can experience a “bad trip” regardless of dosage due to their neurochemistry or psychological state. This often results in negative side effects like extreme anxiety, confusion, and/or disordered thinking.

Within the brain, hallucinogenic mushrooms increase communication and activity. Their compounds activate neurons and enhance connectivity, which leads to vivid hallucinations. Studies are ongoing, but many professionals in the field of psychiatry hypothesize psilocybin can help treat psychological and neurodegenerative disorders by stimulating increased brain activity and synaptic growth. Better yet, patients don’t need to ingest high doses of the psychedelic drug to achieve these beneficial effects. Often, microdosing with mushrooms can do the trick.


Psilocybe cubensis is illegal because it contains psilocybin, which is a Schedule I substance under the Controlled Substances Act. Federal law states that Schedule I substances have no proven treatment value and a high risk of abuse. Possession can be punished with fines and imprisonment.

However, as attitudes on the therapeutic potential evolve, laws will likely change. Researchers at Johns Hopkins strongly advocate for the study of psychedelics. The FDA has allowed investigators to study potential therapeutic uses for psilocybin with clinical trials.

Oregon decriminalized psilocybin possession and legalized psilocybin therapy via a 2020 ballot measure. Several states are currently in various phases of reassessing their stance on psychedelics. Most US residents do not have legal access to psilocybin outside of authorized clinical trials and treatment rendered in Oregon.

In July 2022, the Biden Administration stated it is considering the formation of a federal task force to monitor and address new regulatory and legislative issues regarding emerging substances, including psilocybin, due to the growing body of research, patient advocacy, and promising results.

Can You Grow Psilocybe Cubensis?


You can grow psilocybe cubensis at home using spores and a grow kit, which can be legally purchased. However, cultivation is illegal in the United States. Washington D.C., Seattle, WA, Ann Arbor, MI, Denver, CO, Santa Cruz, CA, Somerville, MA, and Cambridge, MA have decriminalized cultivation for personal use.

Cultivation is decriminalized in Oregon for recreational use and is fully legal when done for mental health treatment in a clinical setting. Researching your state and local laws is the best way to determine whether you can legally grow the mushrooms.

Societal norms regarding psychedelics are likely to evolve as ongoing research reveals their potential role in treating PTSD, depression, Alzheimer’s disease, and other chronic conditions.

Changing attitudes and the availability of research will likely spur new legislation over the next several years.


Where are psychedelics legal?

Psychedelics are currently only legal in Oregon. Colorado is voting on legalization in November of 2022. California, Connecticut, New Jersey, Texas, Utah, and Washington are in various phases of the exploratory or legalization processes.

As laws regarding psilocybin expand and the body of research grows, more and more states will likely begin the process of legalization and establishing a regulatory framework for the therapeutic uses of psilocybin.

How can you tell if a mushroom is poisonous?

Most poisonous mushrooms have an acrid and unpleasant smell. However, you should never attempt to determine if a mushroom is safe for consumption on your own. Moisture, light, available nutrients, temperature, and physical trauma all influence the appearance of mushrooms.

This variability makes it difficult to establish dependable rules for determining if a mushroom is poisonous.

Studies have shown rapid and long-term symptom improvement in patients with severe depression who used psychedelics. The current research is highly promising, but it is too early to assert psychedelics can cure depression.

However, the FDA classified psilocybin as a breakthrough therapy for treating severe depression in 2018 based on the strength of recent research.

Can psychedelics rewire your brain?

Yes. Researchers believe psychedelics break down barriers to connectivity within the brain, leading to the visual and auditory hallucinations people experience.

Which is the best psychedelic for anxiety?

Research is in its early stages, but psilocybin and LSD both appear to be effective anxiety treatments. A study reported reduced anxiety levels in cancer patients who took psilocybin. There is also a promising non-hallucinogenic drug made using LSD. Comparing the two psychedelics' efficacy is premature.