Living organisms constantly conduct countless chemical reactions to survive. Humans and animals rely on their nervous systems to control conscious and unconscious movements. From the continual instruction to breathe to the impulse to leap out of the path of an oncoming car, each message is delivered thanks to chemical reactions along the nerves.

The endocannabinoid system (ECS), also known as the endogenous cannabinoid system, functions as a supplementary regulatory system. The network is present throughout the entire body. It has receptors that bind to or are blocked by chemicals to speed messaging, disrupt signals, and trigger other biological processes.

Emerging knowledge about the vast responsibilities of the ECS is part of the reason medical marijuana and CBD are gaining broader acceptance. The chemicals in these substances interact with the ECS, thereby generating the beneficial effects of tetrahydrocannabinol (THC) and cannabidiol (CBD). 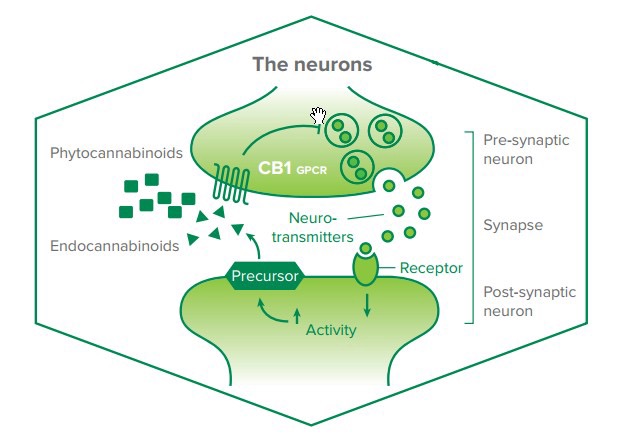 What is the Endocannabinoid System?


The ECS is a messaging system that tells your cells what to do. It functions cooperatively with the nervous and immune systems to regulate the body and keep you healthy and active.

While research is ongoing, scientists know that the ECS directly impacts appetite, mood, sleep, memory, fertility, and reproductive health. The network is also essential for stress regulation and pain messaging.

The system relies on your body's naturally produced cannabinoids to bind onto receptors and initiate reactions that initiate biological functions. Everyone has an ECS. The concentration of your receptors and your natural production of cannabinoids determine how effectively it does its job.


Cannabis has been used as medication across multiple cultures for thousands of years. When it was introduced in the United States, however, panic erupted, linking cannabis to everything from schizophrenia to unemployment. The stigma around weed grew, and it was federally banned. For over 70 years, researchers’ ability to use cannabis in clinical trials was overwhelmingly limited.

Regardless of its illegality, weed has always been one of the most commonly consumed drugs in the U.S. Anecdotal evidence regarding its medicinal value has recently swelled, leading to a renewed focus on understanding its effects on the body. Slowly, scientists began studying THC and CBD, the plant's two main active components, to determine how they could be integrated into existing therapies.

The ECS was discovered in the early 1990s by a team researching the effects of cannabis on the human body. Scientists investigating THC’s psychoactive effects on the body noticed a signaling system that bonded with the THC molecules. 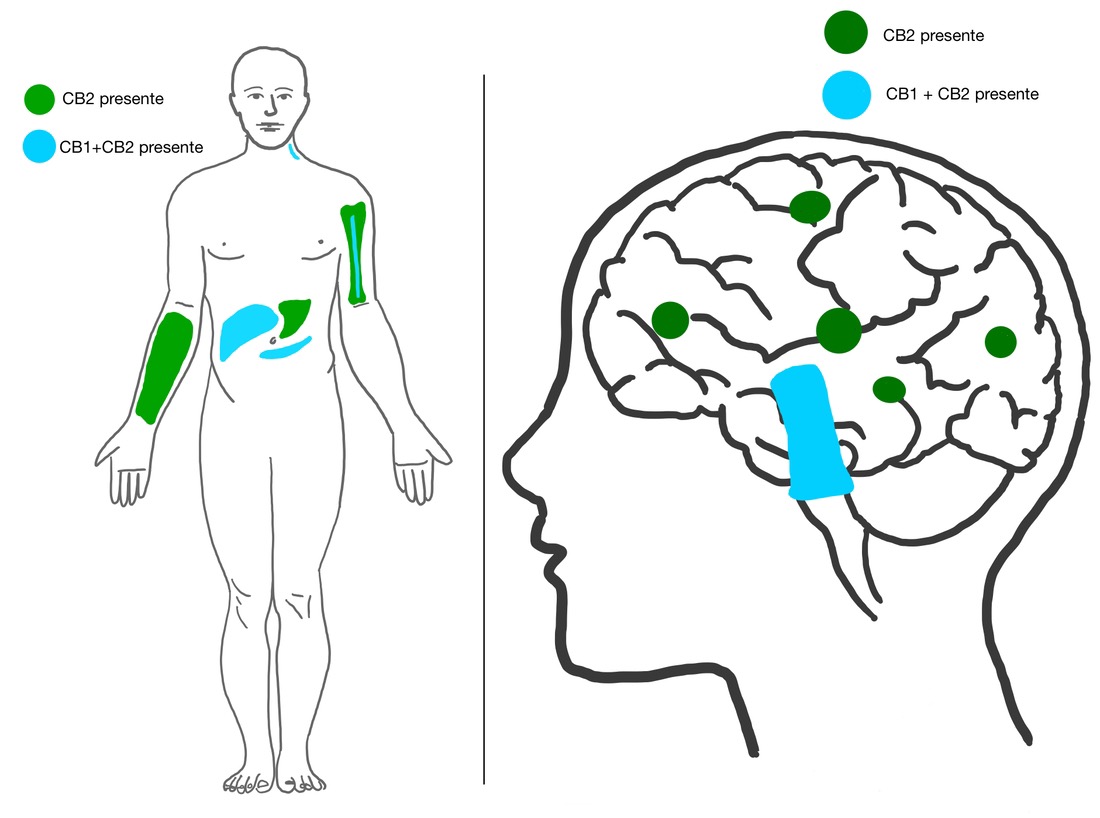 The ECS’s name, endocannabinoid, came directly from the cannabis plant. Despite the nature of the discovery, the ECS does not require cannabis to function. The body makes the cannabinoids it needs. However, the system's expansiveness and its response to weed are why humans have been consuming cannabis for over 5,000 years.

Upon the discovery of the ECS, interest in it exploded. The first endocannabinoids ever discovered were anandamide and 2-arachidonoylglycerol. Confirmation of an entire network within the body that is present in the brain, every organ and gland, immune cells, and connective tissue was a seismic shift in the concept of autonomic body control.

The ongoing study revealed that cannabinoids influence virtually every life process necessary for homeostasis, the natural equilibrium needed for sustained health and wellness.

Scientists are now investigating the ECS and its ability to regulate blood sugar to fight diabetes, its cognitive impact on neurodegenerative diseases, and its ability to combat the symptoms of epilepsy, multiple sclerosis, chronic pain, depression, PTSD, and many other conditions. While cannabis use still does involve some side effects and pharmacology offers plenty of treatment options for patients, medical marijuana is, in most cases, a much safer option than more traditional ones like opioids.


"Endocannabinoid" means "cannabinoid within" because the system responds to the cannabinoids your body produces on its own. They are critical for the execution of the life processes that keep you up and functioning normally.

When your body needs to tell a specific cell to perform a necessary task, it releases the cannabinoid responsible for the message. That molecule then moves to the cannabinoid receptor that signals the body. That cannabinoid then binds to the receptor like a key going into a lock.

This union catalyzes the necessary reaction in the cell to complete the task. Then, an enzyme moves in and breaks down the cannabinoid to open the receptor and terminate the cannabinoid's effects.

In some cases, your body may not produce adequate levels of the cannabinoid needed to trigger the necessary cell processes. Researchers have dubbed this lack of messaging chemicals as an Endocannabinoid System Deficiency. This lack of cannabinoids prevents your body from conducting the tiny processes needed to keep you in homeostasis.


Just as scientists are still learning about the ECS, they're also learning about Endocannabinoid System Deficiency. The current theory is that both genetics and environmental factors influence the level of cannabinoids you can produce on your own.

Symptoms of Endocannabinoid System Deficiency are widespread and varied due to the ECS' major regulatory responsibilities. The following are the most common symptoms:


You feel the effects of weed because of the ECS. The primary chemicals in weed, THC and CBD, are exogenous cannabinoids because they are produced outside the body. However, they still bind to receptors and initiate reactions that signal cells to take certain actions. 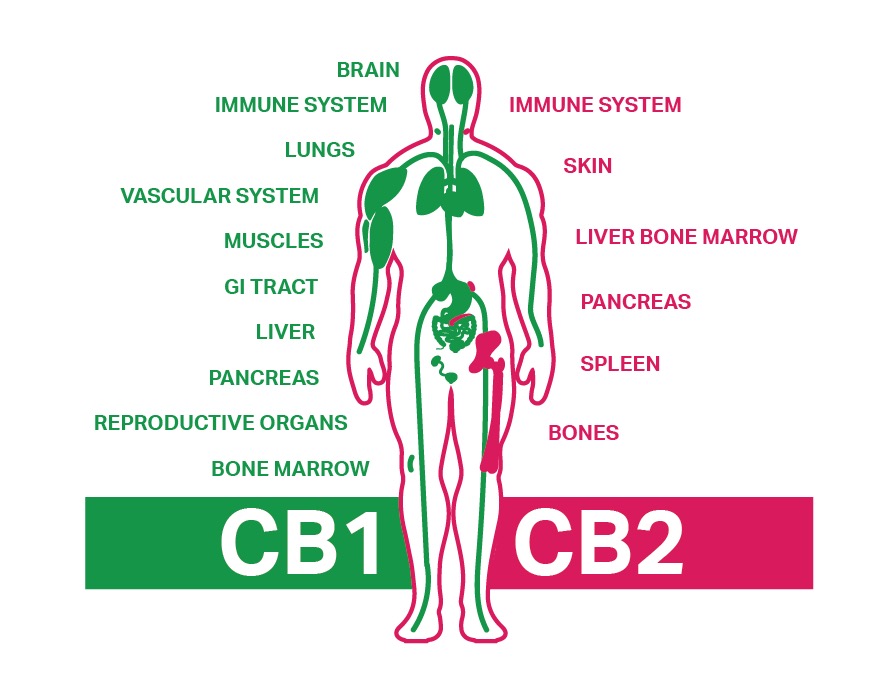 Your ECS is populated with two types of receptors, and any cannabinoids can bind to them. CB1 receptors are present throughout the central nervous system (CNS), which is composed of the brain and spinal cord. The CNS controls thinking, movement, speech, and your five senses.

CB2 receptors are located in the immune system and peripheral nervous system (PNS), which includes all the other nerves in the body. The PNS carries messages to and from the CNS. It reports information to the brain about stimuli and delivers instructions to the organs and muscles about how to react.

Your PNS is also responsible for all the involuntary movements that keep you alive, like breathing, releasing stomach acid to digest food, and sweating to regulate your body temperature.


THC binds to CB1 and CB2 receptors, acting in place of your naturally occurring cannabinoids. Research is ongoing, but THC's binding causes the psychoactive and relaxing effects of cannabis. It's also thought to help with nausea and stimulate appetite through its effect on the ECS.

As federal laws evolve to reflect society's growing acceptance of THC and CBD and researchers conduct more and more studies, our understanding of weed's potential will only grow.


Autism disorders feature wide-ranging challenges when it comes to regulating emotional responses, behavioral reactions to external stimuli, and social interactions. Fortunately, physicians and neuroscience researchers have seen positive responses to CBD and medical marijuana in their patients with autism.

The ECS is deeply entwined with stress response, anxiety levels, and mood balance through the CB1 receptors in the brain. Scientists believe the system helps with neurotransmitter/lipid release and attachment. The ECS also facilitates neurohormonal modulation, which may be compromised in those with autism.

Some studies have proposed that a lower amount of CB1 receptors may contribute to the behaviors associated with autism disorder because the lack of receptors limits impulse control.

Further study is needed to confirm this theory, but many patients have experienced lower levels of aggression and behavioral outbursts with CBD treatment, suggesting a connection. 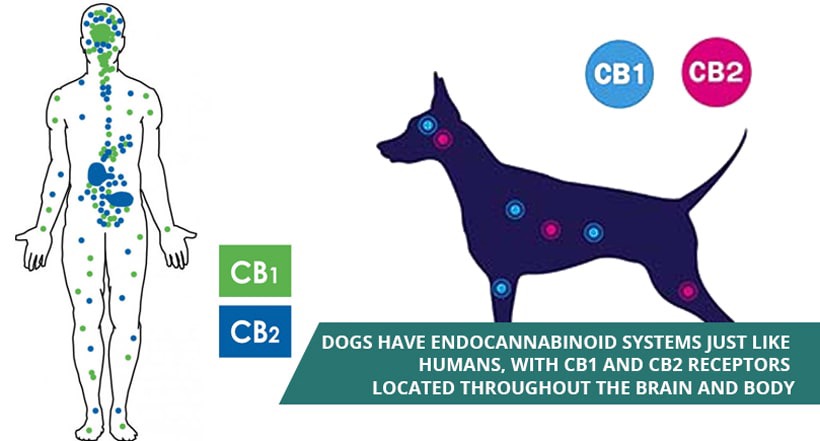 The endocannabinoid system in animals functions similarly to humans but has obvious distinctions as each species' biological needs and homeostasis differs. In dogs, there are far more CB1 receptors in the brain than in humans, making them more prone to static ataxia, uncontrollable swaying, and loss of equilibrium from THC.

It's critical to ensure your dog cannot access THC. The growing availability of edibles makes dogs extremely vulnerable. Studies have shown that CBD binds to dogs' ECS and is effectively metabolized. Full-spectrum CBD oils are believed to be safe and tolerable for them.

Further study is necessary, but CBD's disruptive ability within the ECS is believed to help dogs manage anxiety and stress by prolonging the activity of their naturally occurring endocannabinoids. Anecdotal evidence also indicates a calming effect.

Researchers propose that CBD may help improve the quality of life for aging dogs by enhancing their metabolic regulation and easing pain from muscular and skeletal deterioration.


How does CBD interact with the endocannabinoid system?

While THC binds to receptors in the ECS, CBD does not. The research is still evolving, but the current understanding is that CBD prolongs the effects of the body's naturally occurring endocannabinoids by preventing them from being broken down..
Researchers believe that CBD slows the enzymes that flow through the ECS, prolonging the pain-relieving, nausea-reducing, and calming effects of endocannabinoids. Others have proposed CBD binds to a currently undiscovered receptor within the ECS.

What animals have an endocannabinoid system?

Scientists believe most animals and almost all mammals have an ECS. The system is an evolutionary necessity due to its role in regulating multiple body processes and directing the immune system. The only creatures confirmed to not have ECS are protozoa and insects.

What stimulates the endocannabinoid system?

Does everyone have an endocannabinoid system?

Everyone has an ECS. However, just as no two immune systems function the same, no two ECSs function the same. Your genetics and environment likely influence the total number and density of the CB1 and CB2 receptors throughout your nervous system.
As a result, your body may require higher or lower levels of endocannabinoids to achieve the same results as another person.
In addition, scientists are still learning about the spectrum of endocannabinoids. You may have adequate levels in some and depressed levels in others. Shifting attitudes on weed and the growing evidence of THC and CBD's treatment value means doctors now have more freedom to explore the intricacies of the ECS and how it impacts health.

An endocannabinoid deficiency means your body lacks the level of cannabinoids necessary to maintain homeostasis. As with many conditions, your overall health and wellness probably impact cannabinoid production.
You may also be predisposed to under-producing cannabinoids or experiencing depressed levels due to outside factors related to your environment. Some researchers believe that endocannabinoid deficiency is a compounding problem.
Low levels can compromise metabolism, sleep quality, and stress control, thereby altering homeostasis. This imbalance can have a significant impact on your overall health and engender certain types of physiological dysfunction.