One of the most discussed yet least understood trends in wellness is microdosing, the practice of taking small doses of hallucinogens to manage behavioral health conditions.

Psilocybin microdosing sounds like a radical treatment, but it's actually well understood. Researchers and physicians have administered the therapy for patients with persistent mood disorders that respond poorly to traditional interventions.

Psilocybin microdosing is an effective and safe treatment when administered under a medical professional's supervision, and it should not be conflated with other psychedelic substances such as cannabis, LSD, DMT, MDMA, or ketamine. Microdosing may be right for you, but it's important to understand both the nature of psychedelics and what this therapy can treat before receiving it. 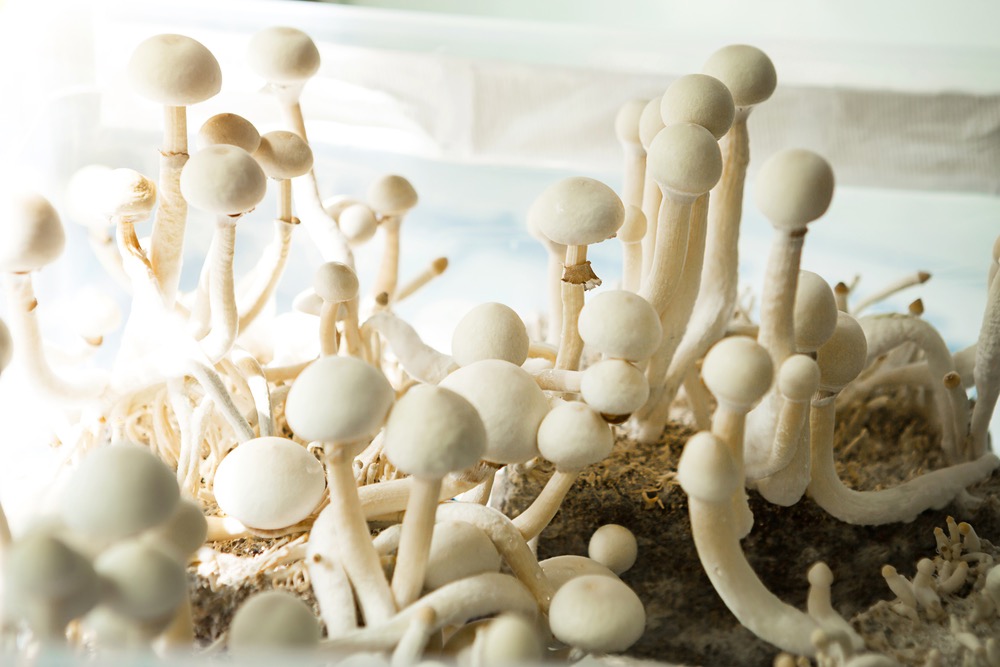 
Psilocybin is a psychoactive compound found in certain mushrooms, which are commonly referred to as "shrooms" or "magic mushrooms." Today, clinicians extract the psychedelic substance from psilocybin mushrooms and formulate it into a medication. While it has traditionally been associated with recreational use, psilocybin offers demonstrable medicinal value.

Chemically, psilocybin is similar to serotonin, a naturally occurring chemical in the body that regulates one's mood. When properly taken, psychopharmacology researchers believe psilocybin can compensate for abnormal serotonin levels, stabilizing the recipient's mood, alleviating their anxiety, and easing symptoms of depression. 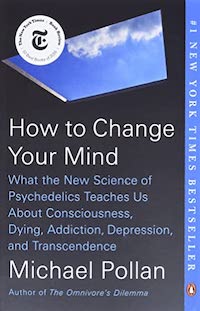 Want to learn more about how psychedelics are being used in therapy and consciousness expansion? How to Change Your Mind is a triumph of participatory journalism. It is a riveting narrative of a journey to an exciting and surprising new frontier in our knowledge of the mind, the self, and our place in the world, simultaneously fascinating and edifying. The true theme of Pollan’s “mental odyssey” is not only psychedelic drugs, but also the perpetual enigma of human consciousness and how, in a world full of both misery and joy, we might do our best to be completely present and find meaning in our lives.


What is Psilocybin Microdosing?


Simply put, psilocybin microdosing is the ongoing ingestion of very small doses of psilocybin. Recreational psilocybin users take full doses in order to induce a "trip" or a state of altered perception. However, taking high doses can sometimes exacerbate anxiety and lead to a negative experience.

Through microdosing, researchers believe individuals can experience the mental recalibration of psilocybin without the anxiety or side effects of a "bad trip." Treatment may vary based on your provider's recommendations, but patients who microdose are generally directed to take approximately one-tenth of a full dose every few weeks.

Scientists believe that psilocybin activates certain pathways in the brain and stimulates certain receptors. This enhanced activity primes the mind for paradigm shifts in which individuals can move from negative or detrimental thinking to new insights and more positive thought patterns.

Additionally, the expansion of the mind associated with psilocybin enhances creative thinking and improves concentration. This can help individuals accomplish obligatory tasks and generate new ideas for work, hobbies, and other creative projects.

Psilocybin also has positive effects when it comes to anxiety and depression symptoms. Hard evidence demonstrating the positive effects of psilocybin on people with mood disorders is currently inadequate, but further clinical trials are still underway.

Modern research also indicates that microdosing has an anti-inflammatory effect. There is a direct link between chronic inflammation and depression, as well as many physical ailments.

Generally speaking, psilocybin is not habit-forming. The primary risk of psychedelics--a bad trip that induces anxiety--is significantly reduced when one microdoses instead of ingesting a larger dose.


Despite psychedelic drugs' burgeoning public profile and excitement about their therapeutic potential in the wellness community, psilocybin remains illegal. Patients who choose to undergo psilocybin treatment without a doctor's guidance risk exacerbating their anxiety or taking too high of a dose to enjoy microdosing's positive effects.

Additionally, while the scientific consensus states that psilocybin is safe and effective, the data backing up that claim is still lacking. Changing attitudes toward the drug led to an uptick in psychedelic research in the late 2010s, but the academic community has not yet amassed enough data to receive FDA approval for psilocybin treatment.

Microdosing psychedelics does not carry the risk of significant physical side effects. However, as with any substance one consumes, there are some side effects.

Patients who use psilocybin for a prolonged period of time put themselves at risk for structural changes to their hearts or irreversible cardiac damage.

Researchers have not yet ruled out all contraindications for psilocybin microdosing. Depending on your medical history and current treatment protocols for chronic conditions, microdosing with psilocybin may not be advisable.


What Makes a Good Candidate?


The best candidates for psilocybin microdosing are those living in a region where the clinical use of psychedelics is legal and those who qualify for clinical trials. Both scenarios ensure the proper oversight of the treatment.

Virtually all individuals without prior adverse reactions to psychedelics and access to trained therapists are good candidates for the treatment. Those with a history of schizophrenia or other disorders that alter perception should avoid psilocybin due to its mind-altering effects.


What conditions can psilocybin microdosing treat?

Microdosing can treat anxiety and depression. Although evidence from scientific studies is still inconclusive, surveys of individuals with anxiety and depression who microdose overwhelming report improved mental health and mood. Neuroscience researchers believe that psilocybin may help with addiction and alcohol use disorders as well.

Oregon is the only state that permits the therapeutic use of psilocybin. Some cities have decriminalized possession of the substance, but they have not enacted any legislation regarding its use as a medical treatment.

Microdosing is not an FDA-approved treatment, but the government agency supports ongoing research into its uses. Today, clinical trials are actively recruiting participants and being conducted across the country.

Where can I get psilocybin?

The only place you can legally obtain psilocybin is through a licensed clinical facility in Oregon or as part of a clinical trial. Possessing psilocybin for your personal use, even if it is therapeutic, remains illegal in almost all of the United States. It's classified as a Schedule I illicit substance according to the DEA.

Each individual's experience with psilocybin will vary. The effects of microdosing are usually briefer and less intense than full doses. Most people who microdose undergo varied levels of heightened or enhanced sensory experience, deeper access to their emotions, euphoria, and a stirring existential or spiritual experience.

In rare cases, the recipient's anxiety may worsen if their hallucinations are too vivid or intense. That's why it's crucial to microdose under medical supervision in a safe and comfortable environment./p>

How long does psilocybin stay in your system?

The duration of your psilocybin trip will depend on your tolerance level and biochemistry. Generally, a microdose will induce psychedelic effects for about five hours. Most people fully filter psilocybin out of their system within 24 hours. The smaller the dose, the more rapidly its effects dissipate.